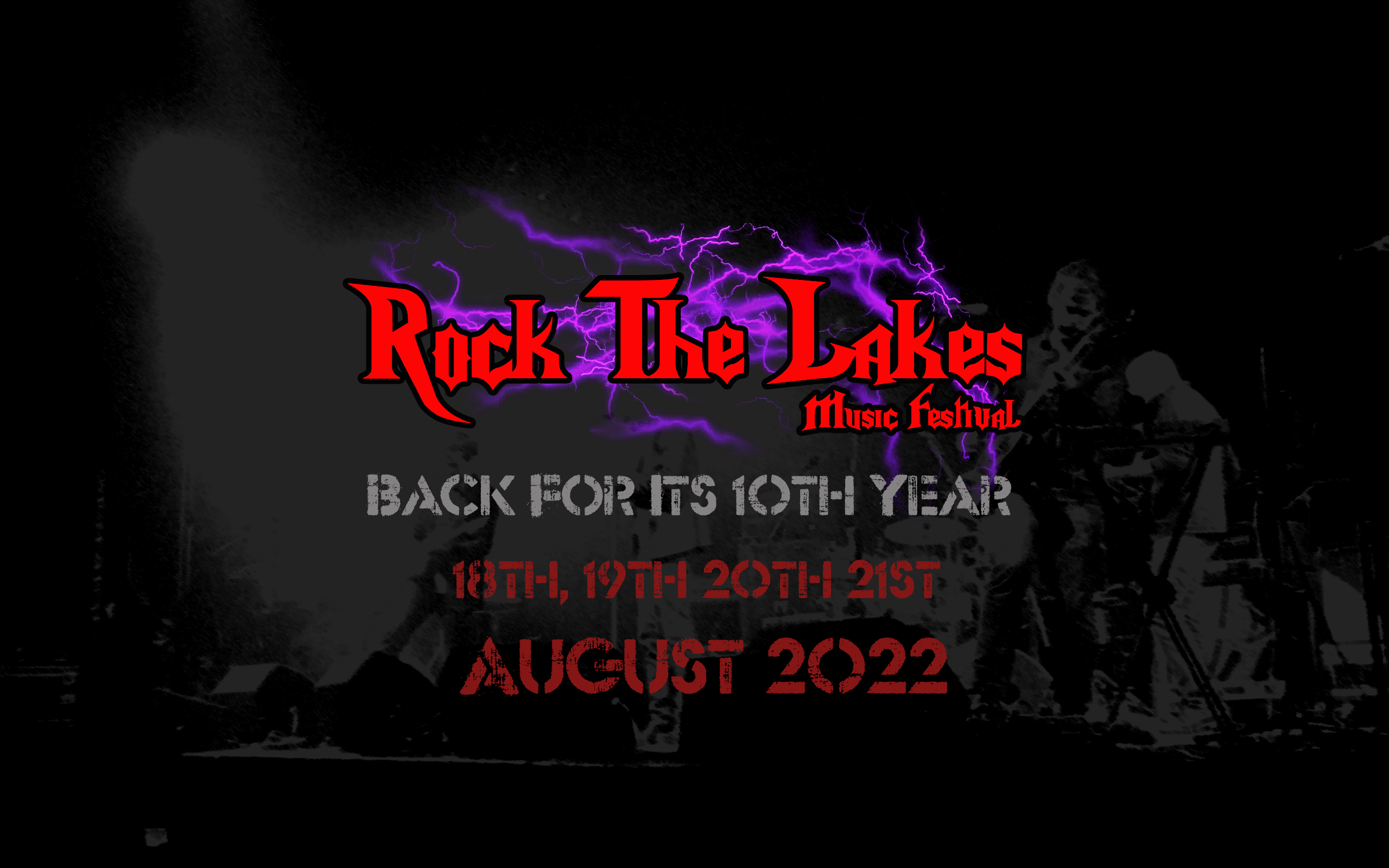 Having played at Rock The Lakes for several years under various names eg Stiff, Stiffer and now The Heat fronted by  Bob Warham has become a fixture for the Thursday night party in the on-site pub.

The heat are a classic rock and pop party band specialising in getting your party started.

They are one of Blackpool's leading party rock and pop bands with a wealth of experience and musical knowledge, they have devised a show that covers all bases. Their repertoire draws from all forms of popular music so they can please any audience.

First played at RTL in 2019 and went down a storm with Jason even being invited to join Fleetwood Bac for a track later in the evening.

Originally from Canada but these days they live in the UK for 6-7 months of each year. Their live show consists of fun, upbeat covers from favourite artists such as Fleetwood Mac, Bowie, Creedence Clearwater Revival, the Police, the Kinks, Pink Floyd, the Who and Queen. They do two different types of shows to be able to perfectly suit any venue size, audience type, style and budget! They play either as:

- a duo with two vocals, two guitars, and a rockin' kick drum pedal!

- a full 4-piece band with Tino on bass and Mike on drums.

Having played at several previous Rock The Lakes events Boneshaker are an extremely popular addition every time apart from the backstage crew who hate lifting the Hammond on stage….

'BONESHAKER' Are ROCKIN'!!..........Born Out Of The Ashes Of Previous Band (Mainline) Bone$hakeR are a five piece band based in and around the Southport area. They play a wide variety of Classic Rock songs from the 60’s to the present, and everything in between.

Bone$hakeR formed in late 2008 and have played North West venues with encouraging success and built up a loyal following.

Their use of Hammond organ and 4 part harmonies is what sets this band apart from others of similar genre.

Add lights, lasers and smoke to the mix and you'll know why Boneshaker pack out audiences throughout the North West of England.

Roll over Beethoven, because the greatest tribute to Jeff Lynne’s Electric Light Orchestra is here! In an all live show featuring soaring strings, striking vocal harmonies and playing all the much loved songs from ELO’s hit-filled library including Evil Woman, Telephone Line and Don’t Bring Me Down. The ELO Encounter promises a night filled with rock, roll and Blue Skies that would make even Mozart mambo and Bach boogie! So Hold On Tight because Rock and Roll Is King in a show that is guaranteed to have you partying All Over The World.

FAMOUS MONSTERS are a rocking tribute to the legendary kings of horror punk, The Misfits. We put on a hell of a show!, Playing a heavy dose of classic Danzig era material, 90s Resurrection material and the best songs from the current lineup, as well as a few surprises for real fans!

MEXICAN DOGS return with latest single: “She Cries Blues”, a retro romp out now via Fretsore Records.
Cavorting their way through a thunderous blend of retro riffs, jovial drum beats and rip-roaring, live-ready vocals, “She Cries Blues” is a fuzzy glam-rock romp that touches on the past whilst barrelling hell for leather toward the future.
After gaining a massive reception on live outings late last year, the track is another assured step forwards for a band keen to connect with audiences whilst staying true to their own jam-packed arsenal of influences. Wanting to build upon the glam 70s stylings that underpinned earlier release “Run, Run, Run,” frontman Gaz Wilcox explains of “She Cries Blues”‘s inception:
“This song is something that’s been with me for a while. It definitely means a lot to us because it’s always the simplest of melodies and chord progressions that are the hardest ones to find. The songwriting process was really fast — I wrote it in about 10 minutes. I find that in those moments when a song just finds you, it normally just sticks. WIthout overthinking it too much it becomes more natural and flows without overcomplicating things.”
Produced once more by Andy Fernihough and recorded at Liverpool’s 3rd Planet Studios, “She Cries Blues” is a rollicking, vintage-tinged track with a “big and bouncy” mix that yearns to be blasted from the speakers on a windswept, roof-down drive down a desolate desert highway.

Still and always will be the ONLY band to have played at every single Rock the lakes. No mean feat.
Maybe they should write a song about it.

Classic rock influences their music with a fusion of acoustic and electric guitar and powerful, tight vocals and harmonies from singers, Babs and Deb. Backed up by driving bass and drums. Too many influences to quote and they play a variety of styles all under the "rock umbrella".

Formed in Liverpool in Spring 2005. This band needed to happen! Not only does Gary possess a passing resemblance to the man Gillan himself his amazing vocal acrobatics certainly brings the Gillan stage persona thundering to life! Gary has been performing classic rock around venues both at home and internationally for many years and his experience as a very accomplished frontman shines through. Ian Bamford's virtuosity on guitar superbly compliments that of Speed King Ritchie Blackmore. Ian's faithful reproduction of Mr. Blackmore's twiddly bits is indeed a marvel to behold. Like Gary Ian has been performing in local bands for years and toured Europe extensively with Frank Zappa tribute The Muffin Men. On bass is the inimitable Keith Mulholland whose bass playing is second to none. Now, if you are a true Deep Purple "anorak" Keith should be familiar to you. Keith was the bass player with Garth Rocket and the Moonshiners, Ian Gillan's alter ego in the late 1980s and early 1990s, Keith toured and recorded with Gillan and is still in touch with him. So you never know who might turn up at a DeePurple UK gig! On keyboards is our very own Jon Lord, Dave Goldberg. Apart from working with DeePurple UKhe has been seen knocking out the odd tune or two in his excellent Fleetwood Mac tribute ''Rumours Of Fleetwood Mac''. he is also a member of " Liverpool Express" and the Merseybeats, However in DeePurple UK tickling the ivories Jon Lord style is the order of the day and, as in the tradition of Mr. Lord, Dave certainly keeps those ivories smiling! Last but by no means least is our stalwart powerhouse of thunder, the amazing Adam Goldberg. Adam has been teaching drum kits a lesson for longer than he cares to remember. Adam is in high demand on the local and national scene and is currently working with the very brilliant Xander and the Peace Pirates. DeePurple UK has managed brilliantly to recreate the sound and feel of an original Deep Purple show, and has even had Ian Paice play drums with them, The power and energy blasts from the stage, transporting the audience back to the heady days of the 1970s when British Rock - true classic rock - ruled the World. This band is a truly must see experience.

Having played at most Rock The Lakes events. There is always a special place for these guys they never fail to get you going and are in my opinion the best Dc trib around.

Hailing from the North West of England, The AC/DC Experience perform classics from both the Bon Scott and Brian Johnson eras such as “Highway To Hell”, “Shoot To Thrill”, “Back In Black”, “Whole Lotta Rosie”, and many, many more – The AC/DC Experience provide a live show second only to the legends themselves

Get ready to be transported back to the 80s heyday of classic rock, combining the feel of a rock festival with the atmosphere of a top end rock arena tour. Expect fireworks, flames, amazing lighting and exacting attention to detail as this amazing 5 piece band, who have numerous recording credits and having travelled the Globe extensively, recreate hits from rock gods such as Journey, Aerosmith, Def Leppard, Bon Jovi, Kiss, AC/DC, Van Halen and many more!
If you are a fan of live classic rock this is the show for you!

Fairly new to the scene is Fallen Halo although many of you will know James from his previous bands Metalleeka and the ac/dc experience. On a new journey here with a female fronted Band.

First time at the main event for these guys they did a storming set at our Casablanca event. They fully deserve a much later slot but it was all I had. The upside is it will get you in the mood much earlier. Playing a lot of tracks you wont find from other bands, all I can say is don’t miss out, give them a look.

After playing at the very first Rock The lakes back in 2011, we thought you would like to see him again.

Midnite Johnny has been based in the UK and with the current band line up; live shows offer
John Morana (Midnite Johnny) - Lead, Slide & Acoustic Guitar/Vocals

Midnite Johnny has worked extensively throughout his native USA and has established a reputation as one of South Florida’s most powerful Blues influenced guitarists. His resume includes working with Harvey Mandel (Canned Heat; Charlie Musslewhite, John Mayall) from 1986-88; Thom Doucette (Allman
Brothers) 1988-89 and Warren Caesar in 1989; as well as South Florida favourites Kilmo & The Killers (1990-94) This band toured extensively on the US Blues circuit and was the featured opening act for the likes of Fogat, Jeff Healy Band, Johnny Winter, Mike Pinera and a host of others.
The Killers also backed up Dan Ackroyd for a couple of Orlando Florida gigs. Johnny also worked briefly with James Cotton as stand in guitarist as well as with Bo Diddley on several gigs during 1989 and 1990.
Now based in the UK he is quickly establishing himself here as a master of the blues guitar and fast building a dedicated following throughout the UK and Europe appearing at the Warrington and Nantwich Blues Festivals; and the Colne R & B Festival to name a few, the Colne performance being transmitted live on BBC Radio Lancashire. His playing style is varied and if you close your eyes he could be any one of his guitar heroes Eric Clapton, Freddie King, Elmore James, Albert Collins and many more

Fronted by new Jon Bon Jovi impersonator Gary Williams, the band have not only toured lengthily around the UK, for clients such as Harley Davidson, Vodafone, Butlins, Chicago Rock Cafes, Yates, Walkabouts, The British Motorcycle Federation and Jack Daniels, but have also performed internationally in and around the Middle East, Russia, Slovenia, Austria, Cyprus, Turkey, Greece, Romania, Holland, Germany, Belgium, Spain, France and Ireland to name but a few.

Bon Giovi were also the only UK tribute act to be asked to make a guest appearance on the New Jersey tribute album “Garden State Of Mind Vol. 1”, A celebration of Bon Jovi musical career to date.
Covering every aspect of Bon Jovi’s extensive career, BON GIOVI perform all the greatest hits such as ‘Living On A Prayer’, It’s My Life, Wanted Dead or Alive, as well as many others from every album ever produced in one amazing stage show which include all these hits and more, not too mention performing rare tracks that even Bon Jovi haven’t performed for many years.So if you’re ready to ‘Runaway’ on ‘One Wild Night’ down that ‘Lost Highway’ for a taste of the some of the world’s greatest Stadium Anthems, then book BON GIOVI with confidence now! For the closest you’ll get to the Real Thing.

Description,
BON GIOVI are the World’s Premier look-alike and sound alike Tribute to the New Jersey rockers Bon Jovi.
Formed in August of 1999, with over eighteen years UK and International touring experience as a band and nearly three times that combined from individual members, this act is without compromise one of the best tribute acts on the circuit today. 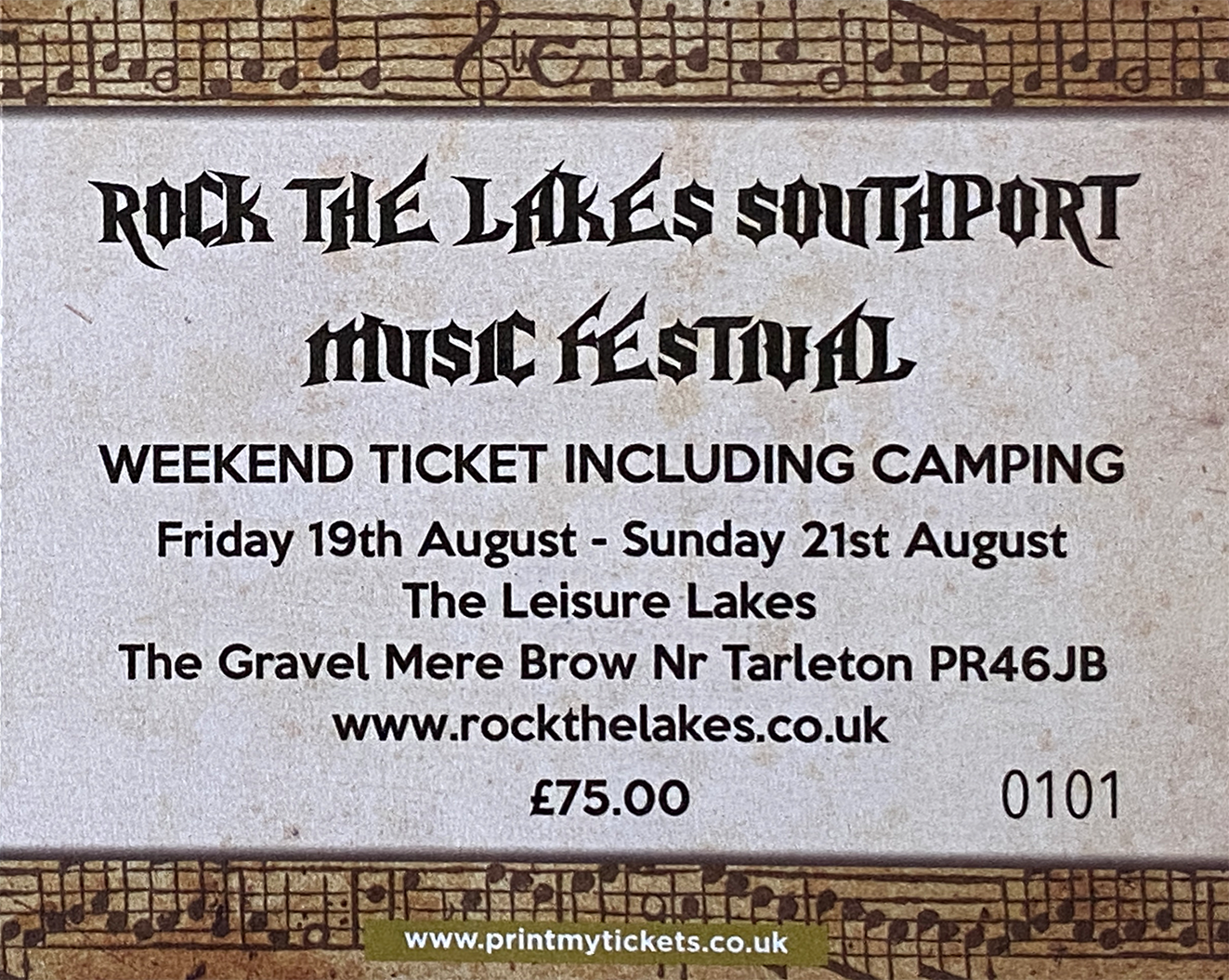